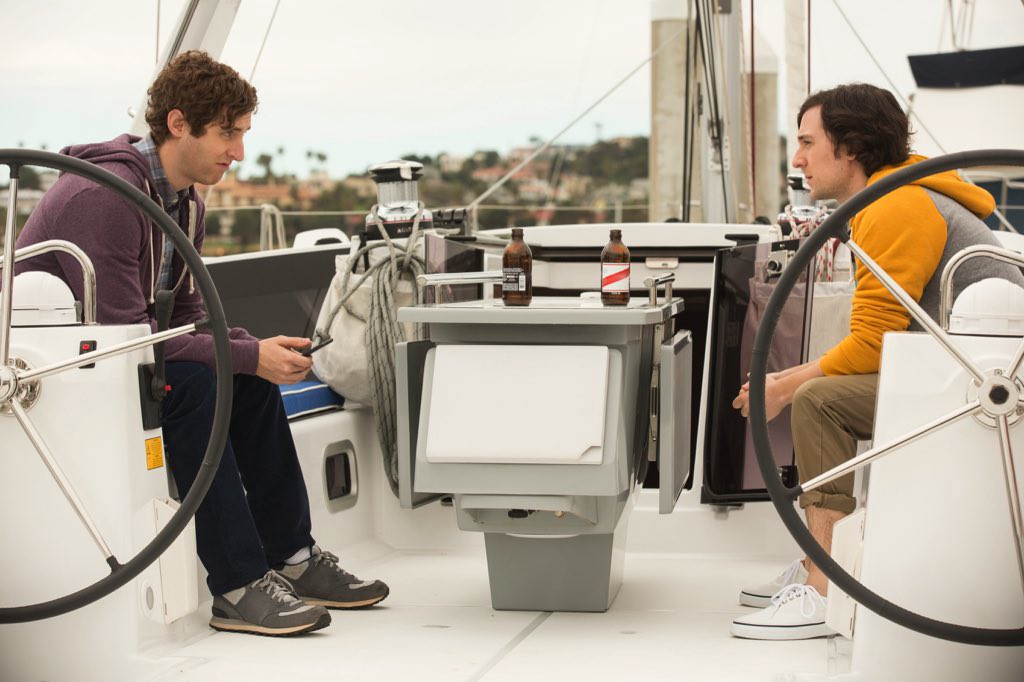 I have a boat

Since I left SAPO last year, after an almost exactly 20-year incredible ride, many have been asking me to talk and share on what went good and bad with my career. I guess I’m now seen as the old experienced business guy with grizzled hair who went through a shitload of problems, was able to overcome some, and can probably provide inspirational insights to the next generations. Kind of sad, in a way. It’s either this or they just think I’m a good entertainer.

Truth be told, I never really put a closure to my departure from SAPO (and Portugal Telecom), nor I went through a decompression period, or an introspective state of zen hiatus where I’d ponder about the wonders of my past professional life and consider writing about it, biographically speaking. In just a few weeks, after the decision was made, all I did was to educate my mind for a big change, write my resignation letter, say thanks and goodbyes to the team I’ve been working with for many years (this part was hard and emotional, and I hate the last), and immediately start working full time on my next project. It was linear, exciting and relatively easy to switch my mindset. Despite speculation, there was no drama, no hard feelings, just a warmth feeling of gratitude, accomplishment, and excitement for the times ahead.

Which is why it’s hard for me to write about lessons learned. Not because I didn’t learn anything, but mostly because I feel the journey never stopped, and I’m still learning, every day. To put in other words, I did not pause.

But now that Bright Pixel is finally up and running, and it’s been more than year since the sapocalipse, because I keep being asked to talk about it, and also because I need to find time to write, something I love to do and have been neglecting about lately, I feel it’s a good time to talk about the stuff I learned and share the lessons with whoever is interested, depending on the subject. I’ll do it in English too, for two reasons: first is that maybe there’s a broader audience, and second because I want to improve my English writing skills.

SAPO was frequently referred to as being different from every other company because of its culture. For many years we’d be praised at how well we worked together and how differently we addressed our challenges. Adjectives like agile, creative, motivated, or rebel became commonly used when describing our team.

In the best of times in of the company life, when business was booming and the team was growing, and SAPO enjoyed a well-deserved status of “the place to work” in technology in Portugal, I became enamored with the idea that we had a strong and positively distinctive culture, and most importantly, that it was the result of my leadership style and my newly acquired mad management skills. I’d read Valve’s company welcoming book and would be fascinated and pumped up to make internal changes yet again, and copycat their success formula to our organization. As if.

As the years went by and the business kept changing, we felt the need to reorganize and rethink the organization a couple of times to stay afloat and competitive. The changes sparked a few natural cycles of personnel rotation. Some of those cycles meant letting people go; some meant hiring new blood for new roles that the business required like project management, sales or marketing, and some were driven by contextual variables outside our control (for example, when the crisis hit Portugal a lot of engineers left the country to work abroad). We had a few: the dot-com bubble burst, the broadband explosion, the economical crisis, its recovery, the pressure from the global players in our business, our expansion into Africa, etc.

In all of them, I could sense that the culture of SAPO had changed. Sometimes for the better, and sometimes, from my point of view, for the worse. 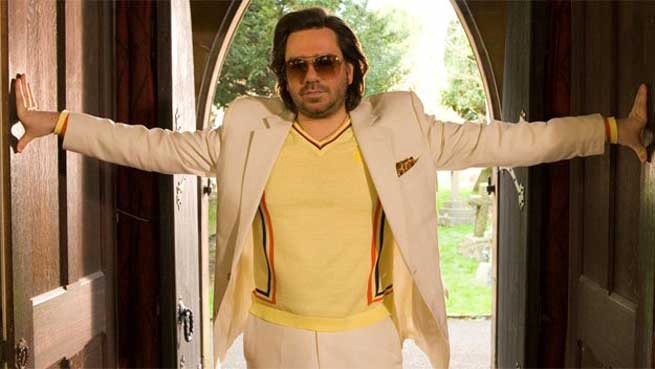 But one day I realized that I’d been blindly wrong all those years. It struck me that culture was merely the product of the people I decided to work with, and not much else. It was not the mere result of anyone’s leadership, including mine, the ways of working in the company or the inspiring speeches, the events and off-sites, the tools we had or the resources we had access to, the success or failure of our business, but rather the collective characteristics and behavior of every single soul that me and my team decided to work with. Everything else was wishful thinking by comparison.

I’m not saying that leadership and structure are not critical; they definitively are, most humans need strong references and a framework of rules to function properly. Great leadership provides guidance, sets the boundaries of actuation for the organization and pushes great teams away from the average land, into the exceptional quadrant. I have great respect for strong leaders, some are my heroes and I follow them closely, but I think the value they provide is highly overrated when compared to the impact that the single act of bringing someone new to your organization can have over the course of his stay.

This is the reason why the best companies in the world are known for being obsessed with the details and perfection of their recruitment process. Google has multiple stories of Larry and Sergey randomly showing up on interviews. Even now that the company has thousands of employees, Larry Page personally reviews every candidate the company hires. You’ll see this across Facebook, Microsoft, Apple, Amazon, etc. The smartest founders, CEOs, and managers I know spend massive amounts of time personally interviewing candidates and keep refusing to delegate that task to their HR teams entirely, even at busy times, when their attention is critical in other places. With good reason.

Doing a bad hire is probably one the worse things you can do to your company and undoing the damage that comes with it is really difficult, if not impossible, frequently leaving sequels beyond the passage of such employees. You’ll make some mistakes, that’s for sure, and they won’t be the end of the world. But if you make too many of them and you don’t fix them quickly, you’ll end up risking working in a company you don’t like anymore, and then you’ll think: the culture has changed, how did this happen?

On the other hand, employees with a good fit will make wonders for your company. You’ll be proud of them in the good days, and even prouder during trouble. Great hires can be positively contagious and thought provocative to everyone around them; they’ll impede the best to leave and attract talented fresh blood to join in. Eventually, if you’re lucky, as time passes, they’ll transform themselves into the gatekeepers of your workplace, and that’s when you can finally relax. That’s when the system will prevent you to make serious mistakes because checks and balances will be in place then.

The good and the bad

I’ve made a lot of mistakes during my career but I regret only a few. I learned from most, they helped me make the decision funnel I use today. However be careful: what’s right for me, might be wrong for you. Take my view with a grain of salt.

Here’s my five cents if you’re an entrepreneur starting a business: instead of writing your company mission, first think about the set of attributes you’d like to build your dream team on. Most tech founders tend to inquire candidates about their skills and experience. I’d encourage you to look deeper. 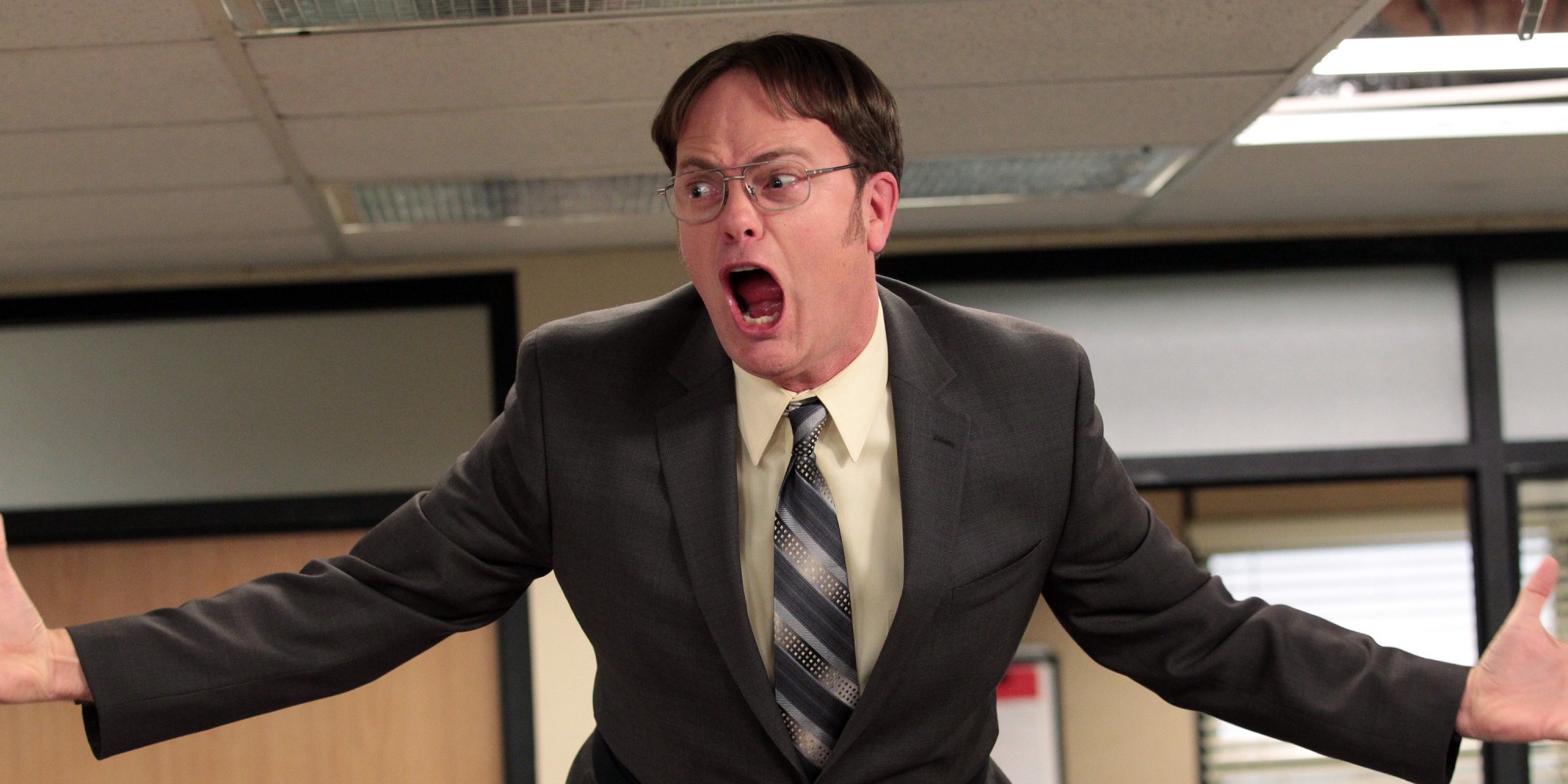 I just had to use Dwight’s image in this post, sorry.

Personally, these are my favourite four Hs (and one C) when I look for coworkers: Hungry, Helpful, Humble and Happy.

Hungry for looking up for the impossible. I think of it as a synonym for ambition and drive. I look for those who avoid conformity and passivity.

Helpful to the company. One might be skilled, but is it the right set for the role in mind? Be careful not to hire talent for the sake of talent; it’s a common and sometimes deadly pitfall.

Humble to keep learning from others. I look for team players, those who are not afraid to say “I don’t know” but will not rest until they do, “scientists” before programmers.

Happy because it’s healthy and a strong sign of above-average intelligence. I search for wit, not just humor. Wit manifests cleverness, meaning, inventiveness, and I like that, a lot.

I also like creative people in general. I believe that creativity fuels innovation and sparks change in the workplace and both are key to me in any context.

It’s easy to develop new skills and with hard work, one can even become talented at them, but it’s much more challenging, if not impossible, to change the person, trust me. So, when hiring and firing, always put values and talent ahead of skills.

In short, I think culture is essentially the people you decide to work with. Leadership is important, especially in the critical moments, and sometimes it’s so strong that it shapes the public perception, but that’s mostly marketing, it can hardly define what your organization is in reality, at its core.

If you’re a founder in a growing company my advice is: don’t let go on the hiring act until you find your trusty gatekeepers. Hire on values, invest in talent, guide it with determination and passion, build a product your customers want, and you’ll do fine. Maybe.