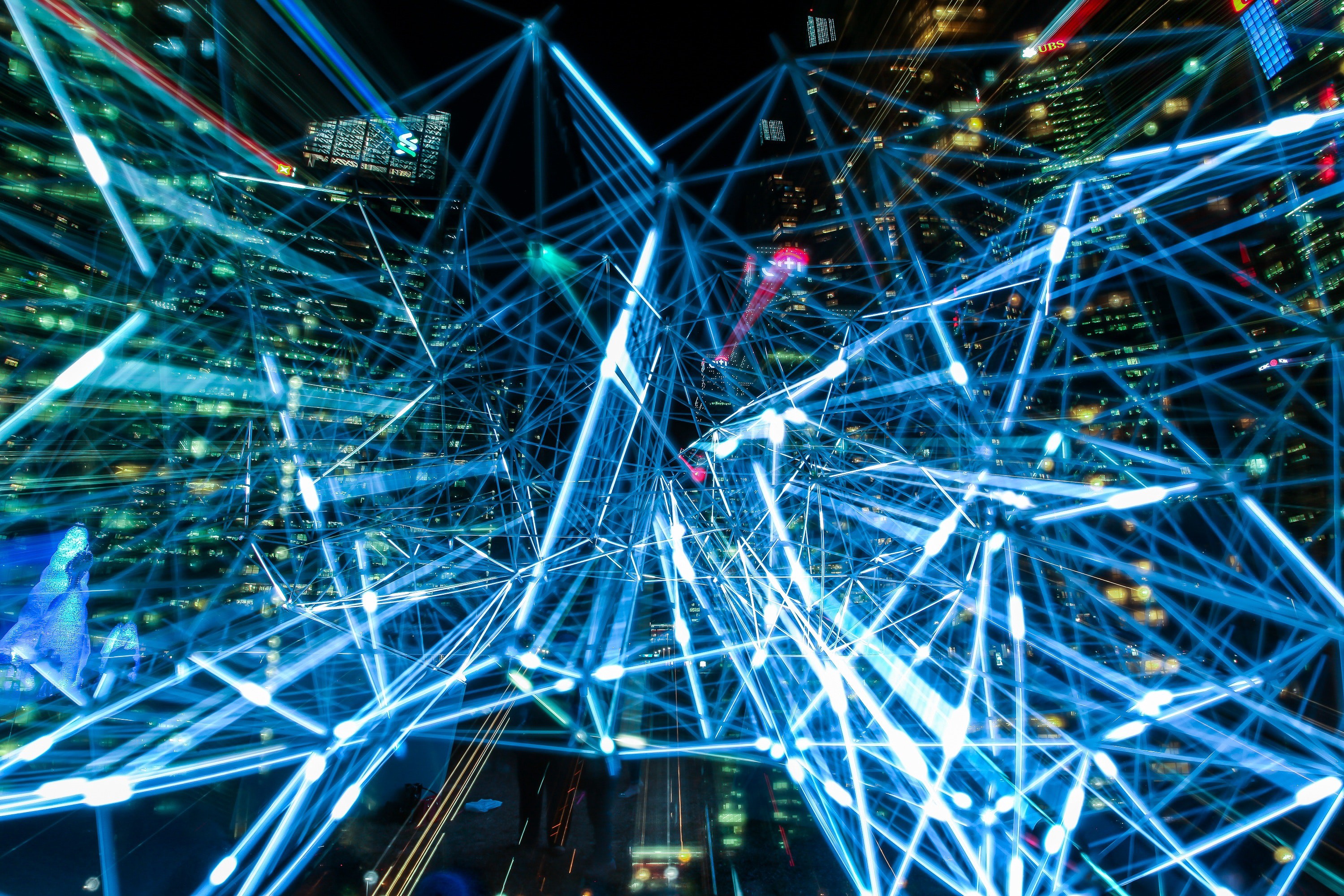 Blockchain has been at the center of the tech headlines lately, dividing the community between ferocious advocates, who think decentralization will revolutionize the digital landscape, and sound skeptics, who have been around for long enough to know that there are many barriers ahead before a meaningful adoption can happen.

At Bright Pixel we’ve been curious and experimenting with DLTs for about two years now, especially since after Ethereum opened doors to a new world of applications with the introduction of the concept of decentralized computing and smart contracts, while still keeping the virtues that made Bitcoin the king of Blockchains: immutability, decentralization, full transparency, and security with a good set of incentives.

Moreover, the cherry on top: a big community of enthusiasts rooting for the success of the platform, spreading the word, and building new stuff every day, innovating and pushing the envelope beyond its limits.

This moment in time feels a lot like the open source movement and the early days of the Web in the late 90s. The passionate community, the sense of shared ownership, the religious fights and emotional discussions, the throwing of (mostly) strongly backed arguments at each faction while defending and preserving the common good, and of course, the existence of a great leader right at the helm of the boat. Vitalik Buterin is the new Linus, and it seems our generation, the geeks of the pre-Internet, has the chance to live it all again, for the second time. What’s not to like? 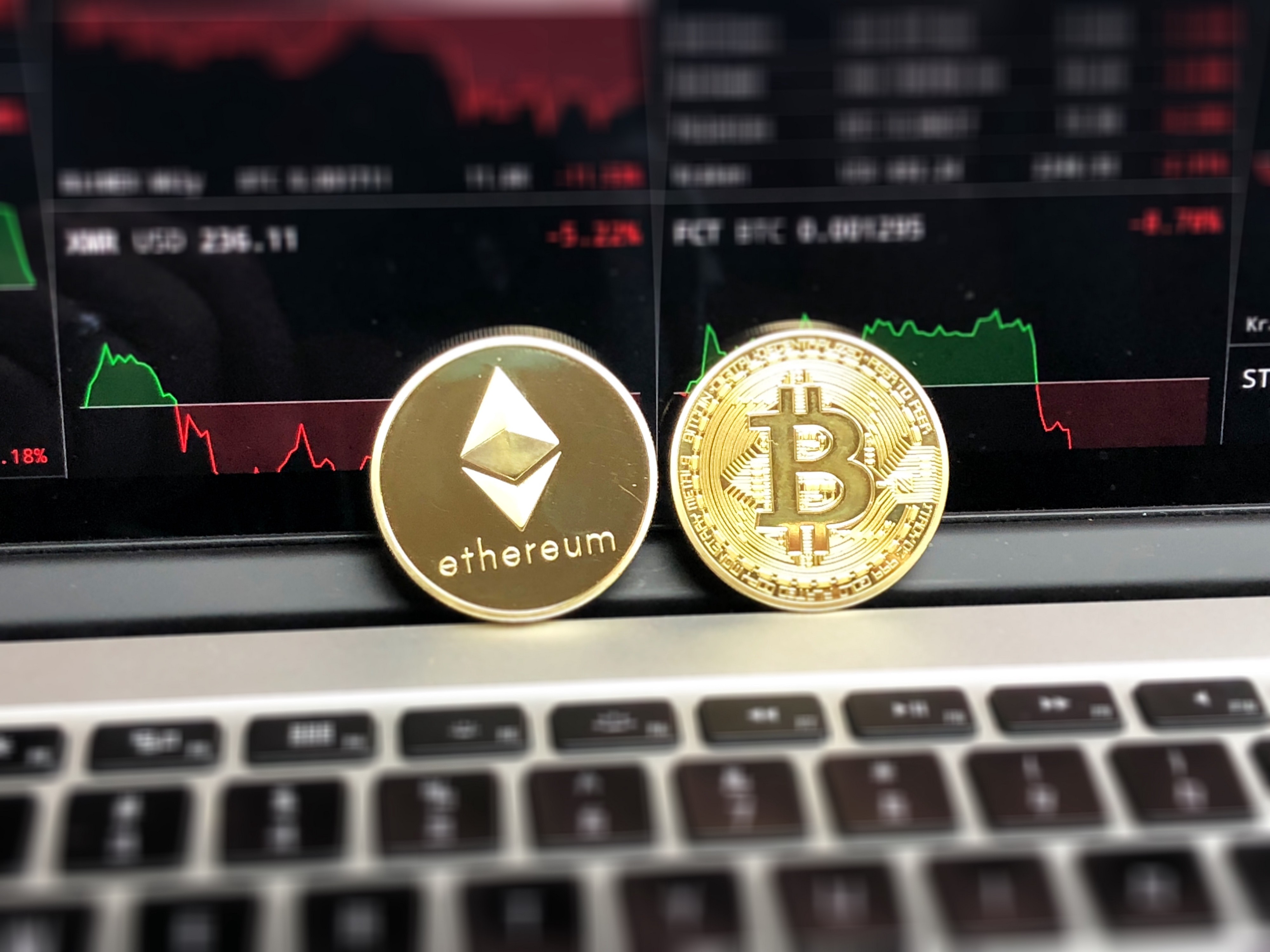 For starters all the noise which came from the fact that Blockchain also means unregulated digital (crypto-)currencies, easily accessible markets, and wild speculation. Wild is probably an understatement here. The crypto market cap grew nearly 800% in 2017 alone and created a generation of instant millionaires in record time, out of the blue, with minimum effort and little merit, except faith in the emerging and a taste for risk, of course.

The massive inflow of fresh money and the somewhat standardization of interfaces like the ERC20 allowed the tokenization of everything and created a new way of funding startups that only a few saw coming: the now famous ICOs. In only a few months thousands of startups who promised to change the world through loose ideas drafted in 5-page “white papers”, fancy landing pages with countdown widgets proudly displaying their list of founders and experienced advisors, hurried to fund their projects, and their visionary founders and friends, with millions of dollars, sometimes in just a few minutes.

Because of this the media picked up pretty quickly too and rushed printing headlines of drama and disbelief, the kind that sell, fueled by multiple and inevitable cases of scams, hacks and failed promises, painting a gloomy picture of the industry and its future. Add this to the fact that the governments and financial regulators finally started looking into this space and taking unclear and constantly changing positions, the ones you can while you’re still learning what decentralization is and how it works, and you’ve got a melting pot of fear, uncertainty and doubt, aka FUD.

The consequences are here: a massive price correction, which we’re still experiencing, and a healthy redistribution of wealth, from “whales” to institutional investors, from speculation surfers to fundamentals believers, from weaker to stronger hands.

So yes, lots of noise. It isn’t surprising though. Before traction, there’s hype, failure and endless wars between the evangelists and the doomsayers. Again it’s a perfect parallel with what happened with the Internet in the late 90s with the difference that everything moves much quicker now. There’s less time for strategy and planning, and it’s much harder to avoid the short-term lucrative vapourware vortex and choose the dangerous rocky road of disruptive but real change.

Another unpleasant but unavoidable phenomena that came with the hype phase is the marketing side of things. Blockchain and the DLTs entered the corporate world and the attention span of decision makers inside the organizations in a time when most incumbents were struggling with cultural and digital transformation processes trying to stay afloat in a much more competitive world that’s changing quickly, putting their trusty old business models at stake and urging them to take risks (or slowly die while waiting). With that came all sorts of consortiums, proof of concepts and pilots and a booming business of Blockchain consultancy services.

The problem is, if you don’t understand what decentralization is, how it works and how it can help your company solve real business problems, and you’ve got the pressure to get into the tech quickly, and you start prioritizing form over substance, chances are you’ll be doing it wrong and spending your time and resources in using Blockchain where you shouldn’t.

We think there’s nothing wrong with starting with the wrong use-cases though, in fact, it can be quite positive. Making passionate mistakes is one of the best ways to learn about anything, and the path to rightness involves trialing and some blood. From the height of almost two decades working inside corporate environments, we approve of this methodology. 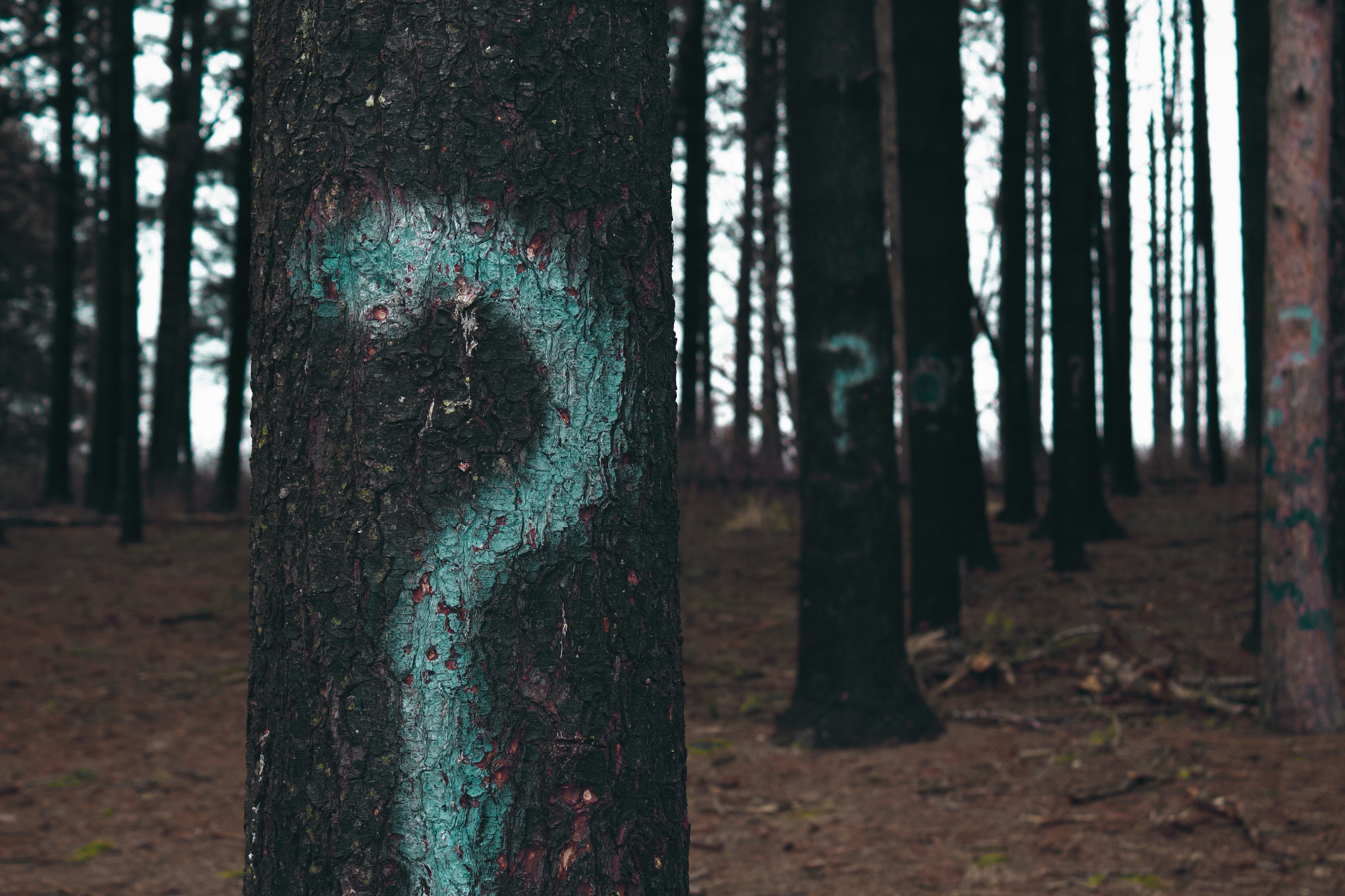 However, there are five magical questions we usually ask our corporate partners when exploring working in Blockchain projects with them. The questions and the answers serve not as an instrument to demotivation, but as enlightenment, a process to better understand how DLTs can help and what are their business challenges that are best suited to take advantage of this new world.

First, do you trust the parties involved in your use-case?

If the problem you’re trying to solve involves parties in which you trust, for instance, one or more entities with whom you have perfectly healthy commercial relationships, where transparency and fraud don’t seem to be a problem, then what do you need Blockchain for?

Despite popular belief, Blockchain is not, in our opinion, a technological revolution. Not just yet. It’s quite the contrary in fact. As it is, the technology behind it isn’t new at all. The crypto math, the peer to peer communication protocols or the Merkle tree data structures, to name a few building blocks, all have been around and tested for decades and used in many products and projects.

What was new and revolutionary when Satoshi Nakamoto wrote the Bitcoin whitepaper ten years ago was the consensus protocol, a set of innovative, smart rules and economic incentives that allow us to run a secure and distributed network where everyone can use and benefit from it, but no one actually owns it or can control it. It has much more to do with economics, game theory and physics than technology.

To put it in other words, we’ve invented decentralized trust. A global and secure infrastructure that anyone can use, without the need to trust its owners, because there are none.

In conclusion, the blockchain is best suited to address use cases in which having to trust one or more entities is a problem for you. Well, is it?

Second, can you trust decentralized trust?

It looks like a weird question, but it’s a fair one to ask corporations. Many large companies have a hard time dealing with systems that they don’t fully own, operate and control. There are many reasons for this; some are cultural (fear of the unknown, lack of know-how, risk aversion), others might be legal or regulatory. Either way, there’s no middle ground here. To use blockchains you need to understand what decentralization is and embrace it wholeheartedly. This requires a lot of know-how, evangelization, resources, and to be honest, a big leap of faith into something that seems genuinely transforming, but hasn’t proved its claims yet.

Some companies are opting for the private blockchain route and building consortiums instead of going all in full public and decentralized. This strategy presents many tradeoffs, and discussing them would give a heated discussion on its own. Maybe it will in some other post.

However, the premise holds, private or public, to some extent you need to believe in decentralized trust and live with it, for its virtues and consequences. Can you do it?

Third, do you value performance over immutability?

I’ll address the elephant in the room right away. There’s a significant scalability problem that hasn’t been solved yet with most blockchain technologies, and I don’t expect it to be anytime soon.

Yes, there are “new generation” Blockchains being launched that claim massive performance enhancements. Yes, if you’re using a private network, you can speed up things by choosing proof of authority consensus mechanisms and such. Yes, you can start using sidechains like lightning network or Raiden to offload some traffic and escape the 10–15 tx/sec + high fees limitation. However, the general rule ends up being: the less decentralized and less secure, hence less immutable and tamper-proof, the network is, the faster it can operate and the cheap it can be. That’s the trade-off today.

Real scalability will come from things that are being researched and tested today, but in my opinion it will take years before you can use them in real life (despite what their proponents and advocates say): sharding, proof of stake based consensus algorithms (instead of proof of work), DAGs, cross chain interoperability.

So what do you need the most right now, immutability or performance?

Fourth, do you need a Ledger?

Blockchains are databases, but they’re specially tailored for two things (and very rudimentary for everything else): preserving the history of your data, because every transaction made stays there forever, and being easily auditable because it’s transparent, open and immutable by nature.

If you don’t need history and you don’t need your data to be quickly and openly auditable, then I need to ask: do you need a ledger? Consider looking into relational databases and digital signatures instead.

Fifth, can you provide incentives to everyone involved?

Having a good set of incentives to everyone involved in a DLT, users, validators, or other roles, is key to the system maintainability and security, and it’s the secret sauce of most consensus mechanisms.

Incentives can be financial (fees, rewards, dividends) or utilitarian (you’re willing to pay for it because it solves you a real problem) and they’re usually dynamic in the sense that they change according to capacity and demand.

Even if you’re building your solution on top of a private blockchain, it’s still important that there is a financial model in place, and the incentives are clear and well aligned for the benefit of all the actors in the ecosystem. The more decentralized and secure you want your network to be, the more critical the consensus mechanism and its incentives are.

So, can you provide them? 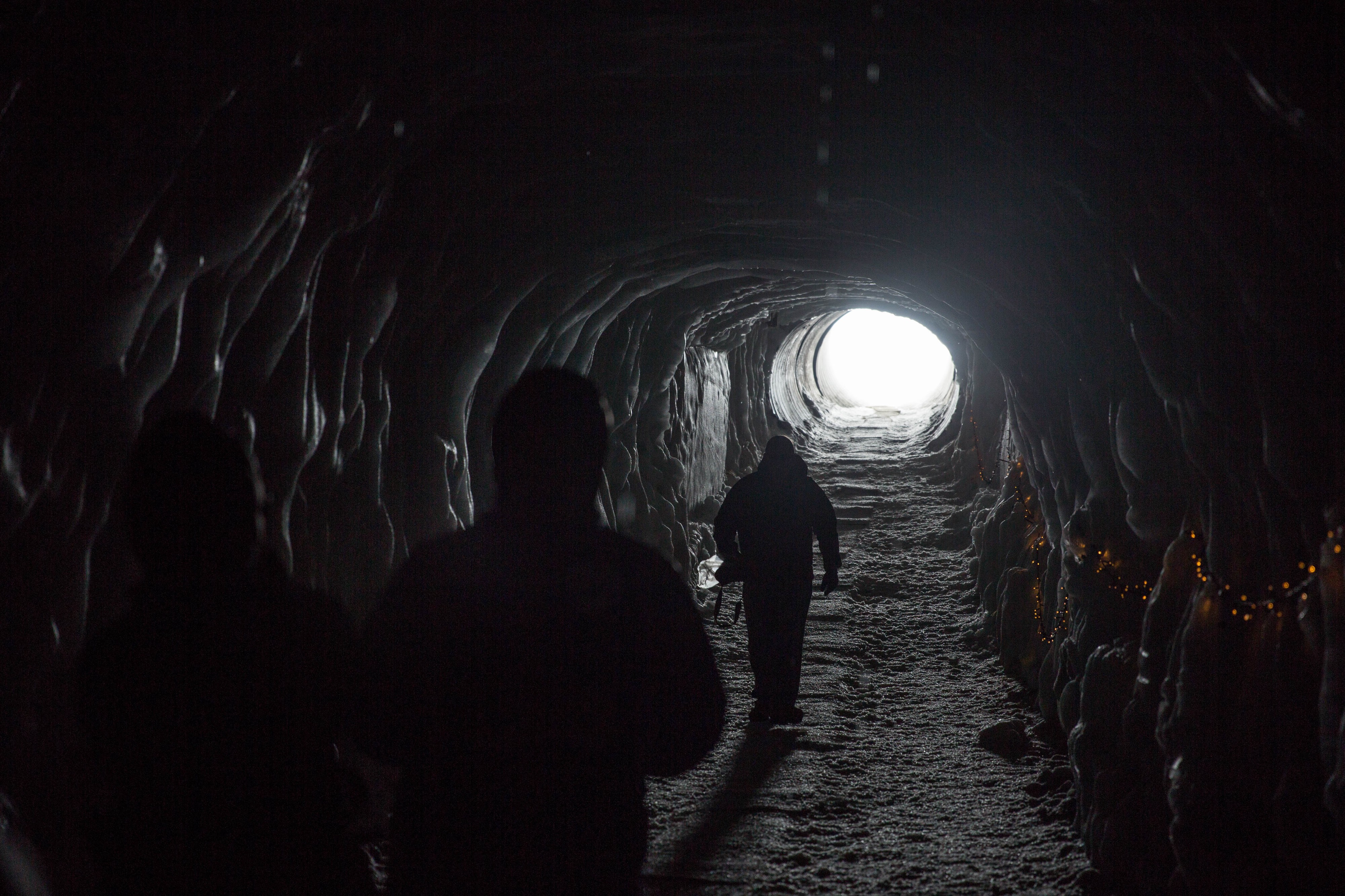 Pondering about and answering these five questions is not a process to demotivate companies to use Blockchain, but rather a way to educate the teams and help decision makers to find the best-suited use cases for it.

We firmly believe that DLTs and decentralization, in general, will be an essential part of the infrastructure of the next Internet. Like in the mid-90s with the early days of the Web, it’s a privilege to be able to live in such a disruptive moment like this again in time. We’re in the hype phase now, so noise, misinformation, skepticism, fear, uncertainty and doubt are abundant. Don’t worry though; there’s always chaos before disruption.

If you want to get in this space, and we think you should, take the time to understand the technology, the roadmap ahead, how decentralization works from the financial and incentives angle, do your research and surround yourself with talent and experienced people with whom you can share common goals.